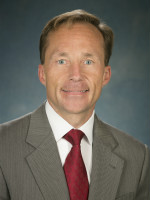 Dr. Jeff Volek is a registered dietitian and professor in the Department of Human Sciences at the Ohio State University.  For the last two decades, he has performed cutting edge research elucidating how humans adapt to diets restricted in carbohydrate with a dual focus on clinical and performance applications.

His work has contributed to the existing robust science of ketones and ketogenic diets, their use as a therapeutic tool to manage insulin resistance, plus their emerging potential to augment human performance and resiliency. This research indicates that that well formulated ketogenic diets result in substantial improvements in insulin resistance and the myriad of cardio-metabolic biomarkers associated with metabolic syndrome, including favorable changes in fatty acid composition and saturated fat metabolism, cholesterol and lipoprotein profiles.

He has also performed seminal research on a wide range of dietary supplements (e.g., creatine, chromium, whey protein, caffeine, carnitine and HMB) that can augment performance and recovery. He has accumulated an enormous amount of laboratory and clinical data as it pertains to biomarker discovery and formulation of personalized, effective and sustainable low-carbohydrate diets.

Dr. Volek has secured several million dollars in research funds from federal sources, industry, and foundations.  He has been invited to lecture on his research over 200 times at scientific and industry conferences in a dozen countries. His scholarly work includes 300+ peer-reviewed scientific manuscripts and five books, including a New York Times Best Seller.