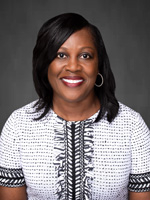 Superintendent in Residence, Office of the Dean

Talisa L. Dixon is superintendent and chief executive officer of Columbus City Schools, Ohio’s largest school district. She took the post in March 2019, having served in Columbus from 2001-2010 as principal at Brookhaven High School and at Columbus Alternative High School. She is known for her dedication to leadership that makes every decision and initiative put forth in the best interest of students.

Before returning to Columbus, Dixon was superintendent of Ohio’s Cleveland Heights-University Heights City School District for five years. She ensured that students of all backgrounds engaged in Advanced Placement and International Baccalaureate courses. As a result, the district received a 2016 U.S. Department of Education recognition for fully reflecting America’s diversity in these programs.

In 2018, Dixon was selected as one of 25 women leaders from local nonprofit organizations to engage in the National Women’s Leadership Consortium, a program of the American Association of School Administrators.

As a member of the Education Policy Fellowship Program of the Institute for Educational Leadership, Washington, DC, she received the Educator Inspired to Lead Award from among 700 graduates

Originally from Mississippi, Dixon began her career as a social studies teacher, then principal in Akron City Schools. Before accepting the Cleveland Heights-University Heights superintendency position, she was deputy superintendent for the Saginaw Public School District in Michigan.