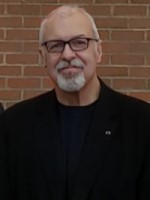 With his recent retirement in January of 2022 from the Department of Human Sciences at The Ohio State University as full professor he still holds an Adjunct Professorship in the department.  Dr. Kraemer also acts as the Senior Advisor for Sports Performance and Sports Sciences and is a member of the Performance Innovation Team and the Human Performance Consortium for the Department of Athletics.  Ranked the number 1 sports scientist in the field, he also established himself as one of the Google Scholars, ranking in the top 0.5 to 1% in his field.  Dr. Kraemer brings to the table both an impressive and extensive, and eclectic scientific background with an appreciation for the endpoint translations to the different fields of practice. Historically, he has held full professorships at the Pennsylvania State University, Ball State University and the University of Connecticut along with appointments at their medical schools.  In 2016 he received an honorary doctorate from the University of Jyvaskyla in Finland for the impact of his research worldwide.  Additionally, he was a commissioned officer in the United States Army working in the Exercise Physiology Division at the U.S. Army’s Research Institute of Environmental Medicine, Natick Massachusetts.  Prior to his scientific career he was a teacher and coach of football, wrestling and strength coaching in athletics at the secondary and college levels.  Dr. Kraemer has published 12 books, over 500 peer reviewed papers in the scientific literature, and over 100 chapters along and a multitude of other educational publications.  He is a Fellow in several organizations including the American College of Sports Medicine (ACSM), the National Strength and Conditioning Association (NSCA), and the International Society of Sports Nutrition and American Nutrition Association and is a member of the Endocrine Society and the American Physiological Society.  He is a past president of the NSCA and has served on the Board of Trustees for the ACSM and has been a chapter president and honor award winner.  Dr. Kraemer has received many other awards including the NSCA’s Lifetime Achievement Award and had the Outstanding Sport Scientist named in his honor in 2006.  In 2020 he was awarded the Citation Award from the ACSM.  The University of Jyvaskyla’s University Medal was awarded to him in 2009 as the first non-Finish recipient of this award. The wide variety of experiences in both research and practice has allowed for research translation to many in exercise and sports science applications.