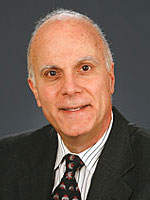 It has been estimated that the human diet contains more than 20,000 unique compounds, although only 42 of these are classified as essential for life. Laboratory, clinical and epidemiological studies consistently have suggested that many non-essential components of the diet are capable of modulating health and wellness.  Moreover, many tissues, as well as the resident bacteria colonizing the gut convert numerous dietary compounds to metabolites that affect the proliferation, differentiation and functions of various cells. Identification of the bioactive compounds present in foods and the elucidation of their absorption, metabolism and molecular mechanisms of action continue to attract much interest in the biomedical community. Insights are facilitating interactions among nutrition and food scientists, geneticists, plant and animal scientists, and physician/veterinary researchers that are aimed at the development of new foods that promote health and can be used as adjuvants for the treatment of diseases. This truly is an exciting time to be a nutrition scientist!

Our research team is interested in problems related to the digestion, metabolism, absorption and functions of health promoting compounds in plant foods. Recent projects have included investigations focused on carotenoids, soy isoflavonoids, anthocyanins and xanthones.  We are particularly interested the following: a) the impact of plant genotype and traditional styles of cooking on pro-vitamin A bioavailability from biofortified cultivars of staple foods (e.g., cassava, maize, rice and sweet potato) that are the primary source of energy and nutrients for rural populations in developing countries; b) the influence of amount and type of dietary fat on the uptake of carotenoids and other fat soluble health-promoting compounds in foods and meals; and, c) the anti-inflammatory activities of various dietary compounds in the gastrointestinal tract and the influence of such compounds and their metabolites on interactions between gut bacteria and gut epithelial cells.

We use in vitro approaches to simulate digestion and human intestinal cells to study the absorption, metabolism, and trans-epithelial transport (“absorption”) of bioactive compounds by human intestinal cells.  We translate results from these studies into pre-clinical studies using animal models, and collaborate with expert colleagues for human studies.