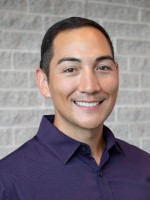 Marc P. Johnston-Guerrero is an associate professor in the Higher Education and Student Affairs (HESA) program at The Ohio State University and is also affiliated faculty with the Asian American Studies program. He completed a Ph.D. in Education (with an emphasis in Higher Education & Organizational Change) from the University of California, Los Angeles, where he did assessment work for UCLA’s Office of Residential Life and served as a Graduate Fellow in UCLA’s Institute for Society and Genetics. These experiences integrated his background in Human Biology (BS, Michigan State University) and Student Affairs Administration (MA, Michigan State University), after having worked in academic advising and multicultural affairs units across several institutions, including the University of Arizona and New York University.

Johnston-Guerrero’s research interests focus on diversity and social justice issues in higher education and student affairs, with specific attention to college students negotiating and making meaning of race and racism and Multiracial/mixed race issues. He has given over 100 presentations on best practices and research findings at conferences and institutions around the country and has published over 30 articles and book chapters focusing on diversity related issues, including his co-authored chapter (with Kevin Nadal, John Jay College) in Derald Wing Sue’s (2010) Microaggressions and Marginality, which was first to coin the term monoracism as a unique system of oppression facing multiracial individuals. Marc is active in several higher education associations, including the American College Personnel Association (ACPA) where he is the newly elected Member-at-Large, Faculty for the ACPA Governing Board. He also served as Co-Chair of ACPA’s Multiracial Network (MRN). He is currently an Associate Editor of the Journal of Higher Education and editorial board member for the Journal of College Student Development and the Journal Committed to Social Change on Race and Ethnicity.