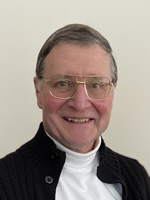 Kimball has long studied the development and nature of liberal arts education. After spending two years at Harvard Law School as a Liberal Arts Fellow in the mid 1980s, he began to examine the history of professions and professional education in the United States. Since 2005, he has also been studying the history of finances of colleges and universities.

Kimball's research has been funded by the Spencer Foundation, American Philosophical Society, Carnegie Corporation of New York, Lilly Endowment, Fund for the Improvement of Postsecondary Education, Law School Admissions Council, and The College Board. His publications have received awards from the Association of American Colleges and Universities, the National Education Association, the American Society of Legal History, the American Educational Research Association, and the Association for Research on Non-profit and Voluntary Associations.

In 1998, Kimball was awarded a Senior Fellowship from the American Council of Learned Societies, and in 2012 a Guggenheim Fellowship. In 2019, he was elected to the Emeritus Academy of Ohio State University.