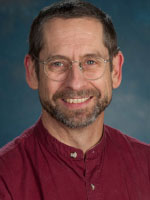 He directs and manages the Cross-National Equivalent File Project – a compendium of panel data sets from nine (soon to be thirteen) countries that harmonizes the data to be comparable in concept and measurement. He is a member of the American Economic Association, Population Association of America, American Society for Health Economics, European Society for Population Economics, a research fellow at the German Institute for Economic Research in Berlin, Germany, and a research associate of the National Bureau of Economic Research.

He served on the advisory board of the Danish National Institute for Social Research in Copenhagen, Denmark from 2008-2016 and currently serves on the advisory board of the Federal Research Data Center at the University of Kentucky, the Italian Lives panel survey project, “The dynamics of youth employment precarity” project  at the Polish Academy of Sciences in Warsaw, Poland, the Cross-National Studies Interdisciplinary Research and Training Program – a collaborative program run by the Polish Academy of Sciences (PAN), and together with the Mershon Centre at OSU.

Lillard's current research focuses on health economics, the economics of schooling and international comparisons of economic behavior. In health economics, he studies demand for cigarettes, tobacco, and e-cigarettes. He also has several NIH-funded research projects that construct, test, and validate health histories for individual survey respondents and then models variation in those histories using geographic and temporal variation in contextual and policy factors. His research on the economics of schooling includes studies of direct effects of policy on educational outcomes and on the role that education plays in other economic behaviors such as smoking, production of health, and earnings. His cross-national research ranges widely from comparisons of the role that obesity plays in determining labor market outcomes to comparisons of smoking behavior cross-nationally. Recently, he received an NIH grant to study the economic and social consequences of COVID-induced government mitigation policies. He and his colleagues use longitudinal data from eleven countries to model and estimate how government policies affected individual lives in the short- and longer-run.

Back to top
© 2022 The Ohio State University | College of Education and Human Ecology | Privacy Policy.
All Rights Reserved. If you have trouble accessing this page and need to request an alternate format, contact the Webmaster