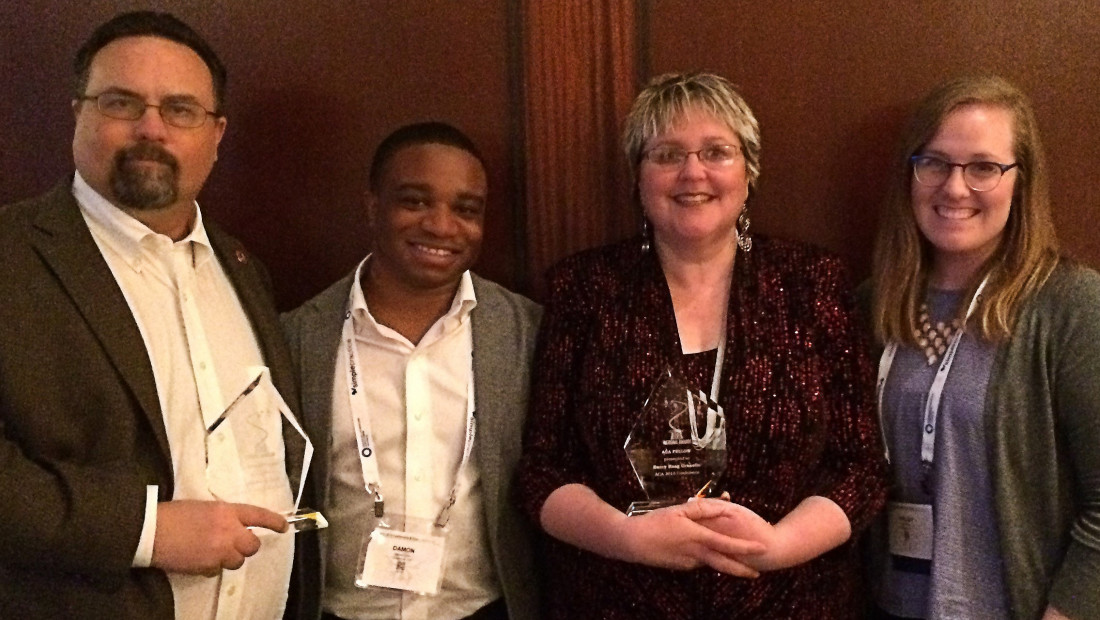 When talking about thought leaders in suicide prevention and wellness intervention, it’s tempting to merge the names Darcy Haag Granello and Paul Granello. The two, after all, are married and have been Ohio State counselor education faculty since the mid-1990s.

Their offices are on the same floor of the PAES Building on Ohio State’s campus, and both are passionate about combatting suicide, which this year was attempted by 1.4 percent of college students nationwide.

And yet, letters nominating the Granellos this year as American Counseling Association Fellows were clear: They weren’t being awarded as a couple. (They received the awards, one at a time, at the association’s conference in Atlanta in April.)

The letters noted Darcy Granello’s scholarship; her articles are among the most read and shared in journals where they appear.

“She is one of the leading researchers and presenters in multicultural/diversity counseling and has influenced thousands of individual counselors through her” books, journal articles and presentations, said Mark Young, professor of counselor education at University of Central Florida.

Nominators lauded Paul Granello for his mentorship of graduate students and insightful presentations. “Frankly, it is a rarity for me to find such a distinguished teacher who can provide new information to me on subjects that I consider myself an expert—especially in the area of suicide and suicide assessment,” said Gerald A. Juhnke, professor at the University of Texas at San Antonio.

Darcy and Paul Granello, in fact, have been touched personally by suicide. They come together around the idea that learned life skills and a community of caring can bring wholeness to hurting people.

There is much work to be done to combat suicide, they say, and it’s been a tough year for Ohio State. Suicides and attempted suicides on campus are on the rise, not just at Ohio State but nationally.

“We have 65,000 students, and yet young people have never talked more about being lonely, isolated and feeling anxious and alienated from the community,” Darcy Granello said. “They’re surrounded by all these people and ways to access other people that we never before have had, and yet are more alone, more isolated than they’ve ever been.”

Recent high-profile suicides and suicide attempts on campus are “endpoints” on a continuum of care that needs fostered, she said.

“We’ve got a significant mental health problem in all of our communities, and we’ve got a lot of work to do along that entire continuum,” she said. “Paul’s class in wellness is part of that continuum. The stress lab is part of the continuum. These are all things that we need to be doing to help our young people learn management strategies and self-care strategies.”

College students, who are experiencing higher levels of anxiety than ever before, need to learn coping mechanisms earlier in the process, Paul Granello said, before they are in crisis.

“Intervention is good, needed and important, and coordinating all that is really important. But prevention is where you’re really going to win the battle,” he said. “The paradigm in healthcare will eventually flip to wellness promotion instead of just waiting until people get sick to treat them because ultimately it’s more cost effective.”

They are each tackling the problem with 70 university partners, including Student Life, Counseling and Consultation Service and the Office of Military and Veterans Services.

She is part of task force charged by President Michael V. Drake with evaluating best practices for suicide prevention and offering recommendations. His online course, “Wellness: Achieving a Healthy Lifestyle” was taken by 600 first-year students last year and is slated to be rolled out to honors and scholar students in the fall. Because honors students are highly competitive and tend to experience anxiety, wellness coaches will be trained and embedded in their dorms.

“What I like about Ohio State is that we’re not pretending that the problem doesn’t exist,” Darcy Granello said. “We’re not hiding our head in the sand. When we have mental health crises on our campus, we don’t turn our back to them.”

After two students jumped or fell from campus garages within four days spring quarter, the university printer postponed all other jobs to produce 7,000 flyers detailing how students can seek help. Within hours, the Granellos and Student Life marshalled hundreds of students to put the flyers in every campus building, including garages.

Darcy Granello was so touched by the outpouring, she had a T-shirt made. It reads “I wake up each day filled with gratitude and hope.”

“I know that we have more demands for mental health services on this campus,” she said. “Every campus in this country is struggling to keep up with the needs of its student body. I’m not denying that. I also know that we also have an army of students, including our own graduate students, who are trying to do the right thing and get the word out. 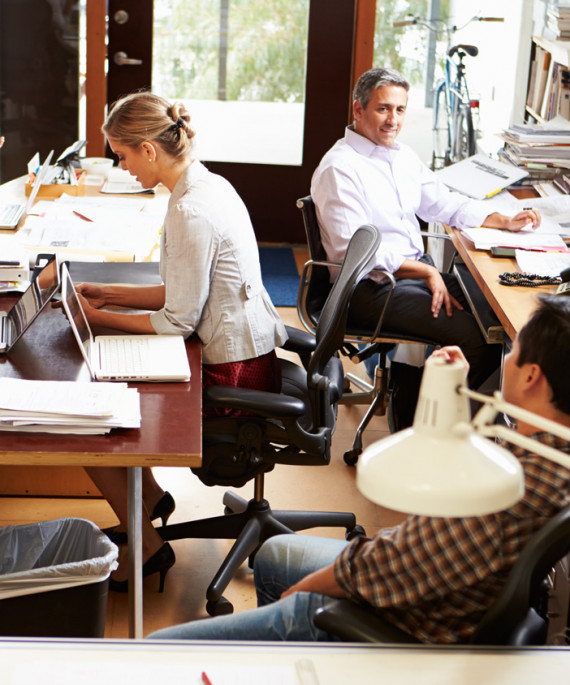 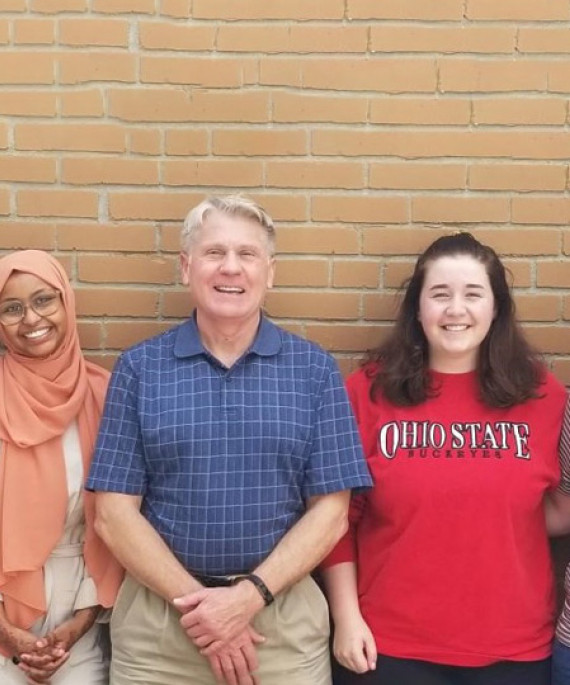 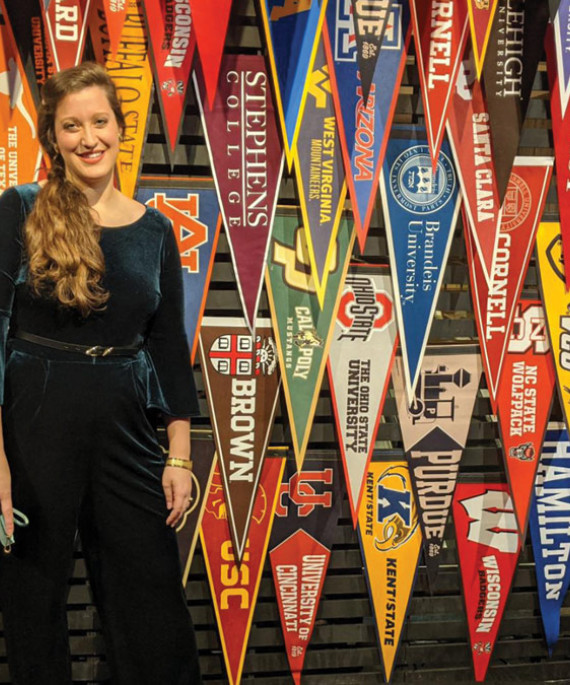 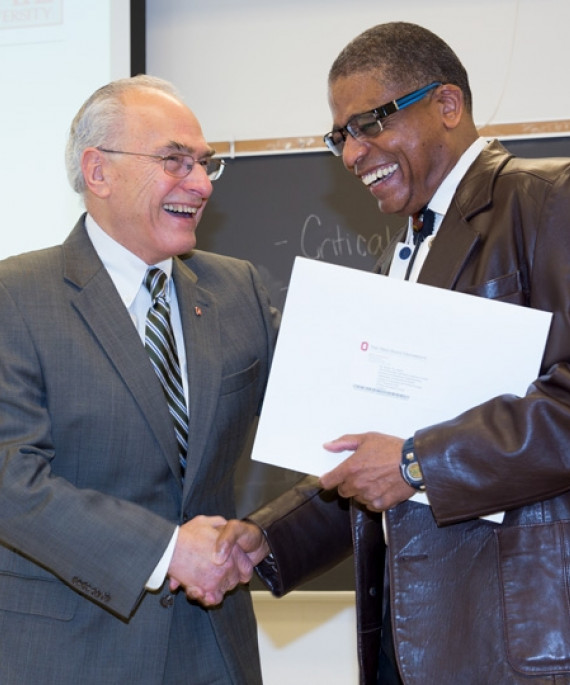