EHE hosted 87 English teachers and educators from Mexico for a month, training them how to teach bilingual education in their home nation. 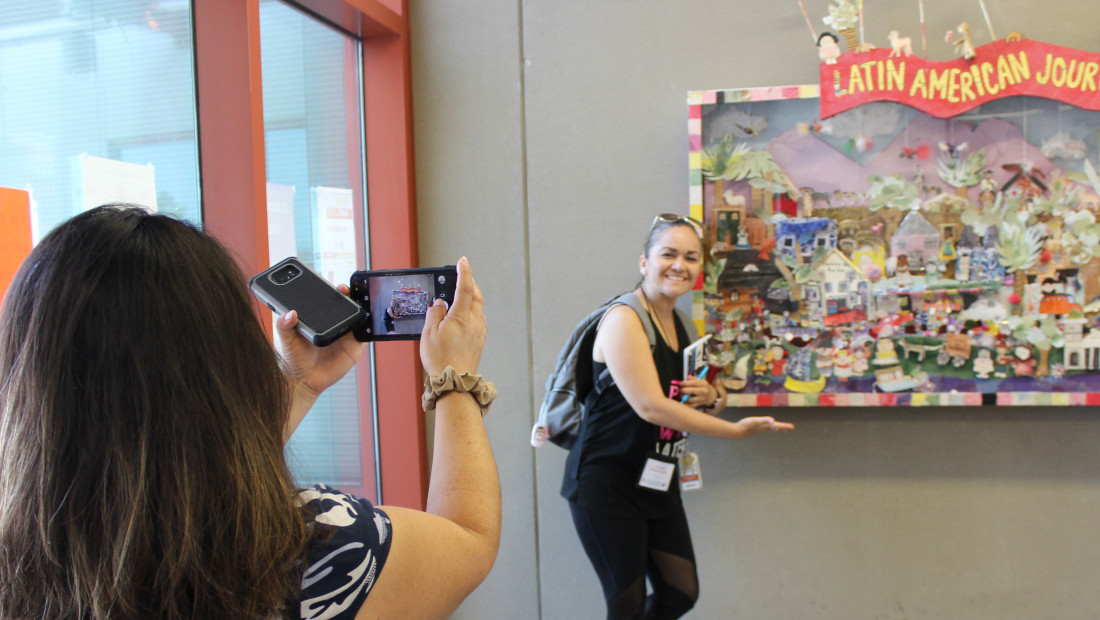 In a basement classroom in Ohio State’s Arps Hall, a cohort of Mexican teachers wearing tennis shoes and Buckeye nametags tackled the biggest challenge of their month-long study abroad experience.

Their research poster showcase was two days away. Spanish and English intermingled as the teachers fine-tuned presentations, rehearsing and re-rehearsing talking points as doctoral students from the Department of Teaching and Learning offered critiques. The culmination of their training was aimed at something few Ohio schools do: Teaching bilingual education.

While just a handful of public schools in Ohio teach world language in elementary and early middle school, Mexico is expanding its English curricula.

“They’re moving English all the way down to kindergarten now,” said Peter Sayer, associate professor of foreign, second and multilingual language education. “What that means is, you can’t just flip the switch and say, ‘Now we’re teaching English.’ You’ve got to have teachers, and where are those teachers coming from?”

Faced with training 98,000 new teachers, Mexico’s Ministry of Education and private donors funded July’s Summer Institute for Teaching Innovation for English Educators at Ohio State. The College of Education and Human Ecology recruited instructors, planned cultural events and worked out logistics to train 87 English teachers and educators from six Mexican states. When they return, the group will train still more teachers in Mexico.

Teaching language is no longer about verb conjugation and grammar, but involves communication and intercultural awareness, Sayer said.

So Sayer and other faculty, together with local teachers, led 50 workshops on subjects like project-based learning, digital storybooks and learning language through math. Instructors modeled good teaching while helping the Mexican teachers perfect their own English skills.

And attendees learned by immersing themselves in the locale: going to a Clippers baseball game, touring the Ohio State House and attending July Fourth festivities. To spur interaction with locals, they were given Buck-IDs charged with cash for area restaurants and bus passes to travel downtown.

“We emphasized language and culture — that culture is embedded in the language,” said Ivan Stefano, director of the Workplace and Professional English program who helped coordinate and design the institute.

In an era of political division and alienating Twitter manifestos, the cultural message from the United States has been less than welcoming lately. The institute has helped build comity.

“Regardless of what you’re teaching, it’s really about building relationships,” said doctoral student Nicole King, who helped recruit trainers and implement the conference. “I love the fact that every day I go into the workshops to take attendance and the teachers, say, oh, that’s Nicole.”

“I have a personal connection with them; the teachers know me and they know I’m here to support them,” she said.

While U.S. immigration policies remain open to debate, the teachers say they are responding to needs that transcend the issues. Though 65 million more people speak Spanish than English, the realms of business, finance, science, technology and culture demand fluency in the English language.

“I have to be prepared to help my students, to encourage, to motivate, to learn a second language because they are going to require it in a very mandatory way in the future,” said Nancy Rodriguez, who teaches seventh and eighth-grade English in Durango.

Just to attend a Mexican college, students must speak English. “Many books in the university come in English. How do you translate them?” said Laura Guadeloupe Zataráian Nogales, director of the Affairs and English Program in Sonora.

Throughout Mexico, multinational companies such as Volkswagen and Hyundai have bases of operation. Engineers and company executives don’t speak German or Korean at those plants. They speak English.

“You have an advantage on the other people applying for the job if you are able to communicate in a second or third language,” said Martin Rodriguez Guerrero, who works for Mexico’s National English Program.

The new public school curricula will give children 10 years of English education, he said.

That’s critical to opening employment doors for Mexicans, 44 percent of whom live below the national poverty line.

Then there are the “returnees,” children whose parents have been deported from the United States. Teachers at the institute say a number of them are in their classes, and those children need special instruction as well. The institute has better equipped them to help those students.

Rodriguez plans to use games as a vehicle to teach English, a strategy she outlined in her poster presentation. She has borrowed bulletin board ideas from Columbus Spanish Immersion Academy, which she and other teachers toured. One of her colleagues will teach visual arts using English, and others have made instructional storytelling videos to train more teachers.

“We are trying to build that foundation of strong, certified teachers,” Nogales said. And that, they know, can only be good for the students they serve. 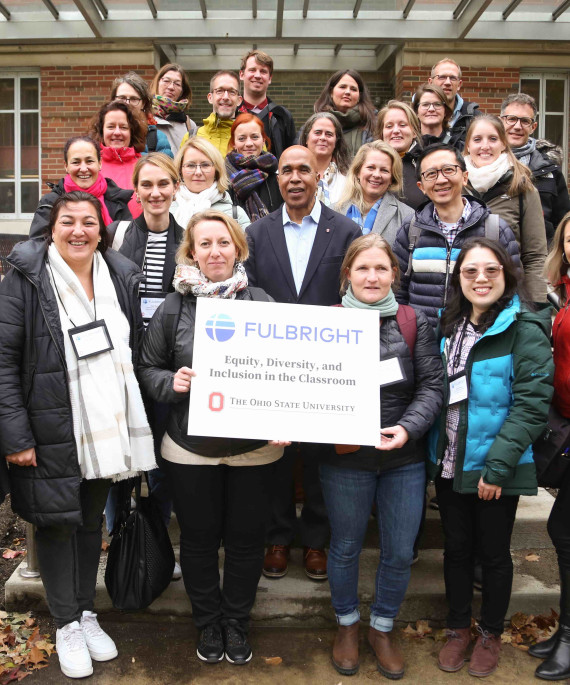 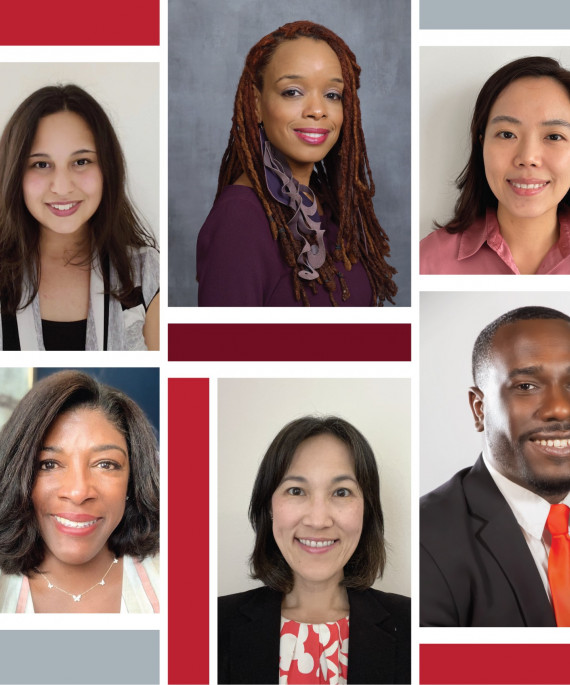 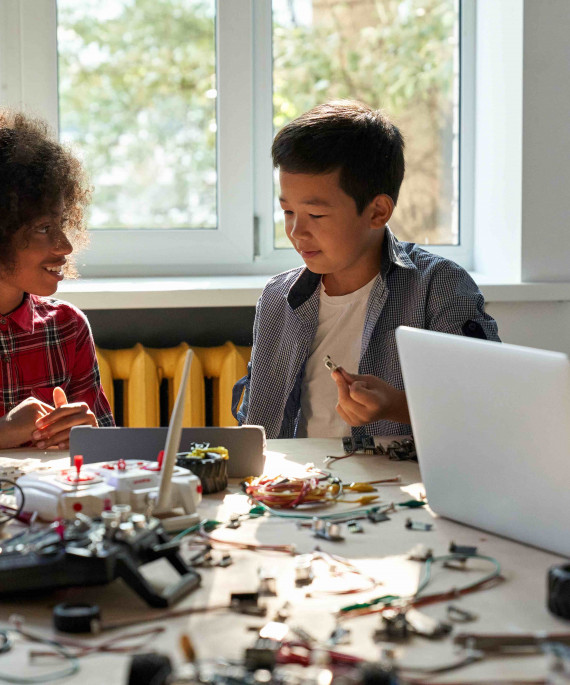 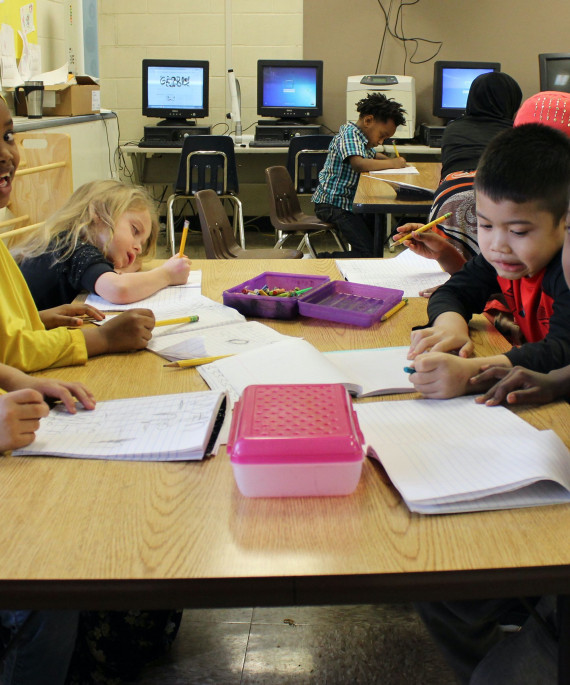